First of all, I’d like to say thanks to The Lady in Red Who Writes, who is the sponsor of the blog this week! Check out her blog – it’s the only blog I follow regularly that isn’t about photography, beer or graphic design.

Now, about the beer. When Frank told me he had a limited edition brew from Lagunitas, I had to have it. There was no waiting, no questions, just buy it. NOW.

And away I went, happily toting a 6-pack of Lagunitas Undercover Investigation Shutdown Ale. I’m a Lagunitas fan, so I was really looking forward to cracking one of these open.

Here’s what the fine folks over at Lagunitas have to say about Undercover Investigation Shutdown Ale: “?Our oxymoronic ‘Imperial Mild’ – A redux to remember the ’05 St. Paddy’s Day Massacre. Defiant as to style … We Can say for sure it is unforgiven and unrepentant.”

?I’ve now seen it referred to as an American Double, Imperial IPA, Double IPA, and American Strong Ale in addition to “Imperial Mild.” I’m going to stick with Imperial Mild, since that’s what the brewer calls it.

But I think applying “Mild” to this brew is laughable, since there is nothing mild about it!

But I digress. The aroma is fruity and sweet. Big malts, big hops – a little bit of the grassy scent you expect with the hops, but primarily the?fruitiness.

Beautiful pour into a Nonic pint – off-white head about two fingers tall over a beautiful caramel-colored body. The head reduces, but never goes completely away, leaving light, spotty lacing on the glass as it goes down.

?This one is all about the flavor though. Like I said, the scent had me worried, so I was very careful and slow with that first sip. Turns out, taking my time to get there had it’s own reward. The flavor really develops as you sip it. You get an initial IPA-type taste, very hoppy and strong, but then it gives way to the fruity, sweet flavor you expect from the aroma. Then, before you know it, you’re back to a different hoppiness. The hops are there – they take the edge off that fruitiness and keep it from becoming overbearing. I wouldn’t call it tart, but there’s this almost spicy thing that develops on the back end. So you start with the hops, then get hit with the malt, then end with the hops again. That continues on throughout the glass and it makes it kind of a fun beer to drink.

It is a bit on the boozy side. You KNOW you’re drinking a strong beer. Not just strong flavor, but you can tell the alcohol content is high. ?Light carbonation, big flavors – not a bad beer at the end of the day. A good night-time sipper, but also paired very well with seasoned burgers off the grill and homemade nachos grande. Take your time with it and enjoy it – it’s 9.8% and if you drink it too fast, you’ll feel every bit of that content.

Picked it up for $10.99 for the six pack and am glad I did. I’m a little sad knowing it’s a limited release though. I could see myself buying this one time and time again.

Lagunitas Undercover Investigation Shutdown Ale might not be for everyone, but it hit me just right and I’m giving it an 8 out of 10!

And don’t forget to check out the Lady in Red Blog! 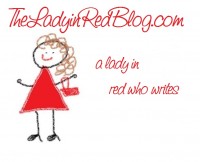