I don’t have any Jersey Shore photos from when I was a kid. My family didn’t spend time down there. It might have happened, but if it did, I was so young I don’t remember it. Since both of my parents families were in South Carolina, when we had vacation time, we traveled south. The family spent so much time there, my parents decided to get a condo in Myrtle Beach. So for me, that was the ocean and sand growing up. On weekends, we went in the opposite direction, to the Poconos. So the beaches of NJ just weren’t part of my life.

Then I started driving. Seaside became a regular destination. The boardwalk was always great…but I don’t think I ever went in the water. I was very much a stranger to much of the New Jersey coastline up until a few years ago. Then I picked up the camera. Like all photographers, I started seeking out new places to explore. My first Shore destination was Asbury Park in 2010. After that, I started visiting shore towns as often as I could in the off season so I could take more Jersey Shore photos. Then, on a beautiful day in February of 2012, I decided to drive down to Sea Girt and travel back up along the coastline to Sandy Hook. Just me and the camera for eight hours, exploring places I’d never been before.

About two months after Sandy hit, I decided to recreate as much of the trip as I could. Many of the places I’d been to, I could not access at the time. Really a great way to spend part of my birthday!

Without further delay, here is a collection of some of my favorite photos from the Jersey shore that I’ve taken over the past few years.

I hope you enjoy viewing these Jersey Shore photos as much as I enjoyed taking them. Many have never been published before today.

Sadly, in December of 2013, there were still many areas I could not access. Among other obstacles, the boardwalk in Asbury Park was completely fenced off and Sandy Hook was still closed to the public. I was unable to duplicate much of the trip, but it was still worth the ride.

But even after all that, Seaside Heights, one of the towns you all saw on the news, the town where a roller coaster collapsed into the water, the Jersey Shore is making a comeback. Memorial Day Weekend 2013, the people of NJ showed just how strong their resolve is. Seaside Heights has a boardwalk again – a step in the right direction. There are still many that haven’t even been able to begin the rebuilding process and many that still need help.

But we’ll get there. We’re too strong not to. 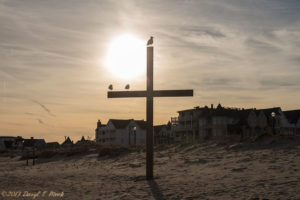 Want to donate? All proceeds from these shirts go to the Hurricane Sandy NJ Relief Fund (Design donated by Digital Artscape, printing donated by Landau of Princeton, ink donated by Anajet)