And here we are, back in school. But this time, I’m going back further than any of the others, as Gianna and I have known each other since grammar school. And while we didn’t really travel in the same social circles, it seemed like we were always floating around each other, whether it was in classes, or later on, marching band. I’ve always known Gianna to be a kind and caring person, but someone who wasn’t afraid to speak her mind when something was bothering her. No BS, no drama, but never one to kick someone while they were down, either. 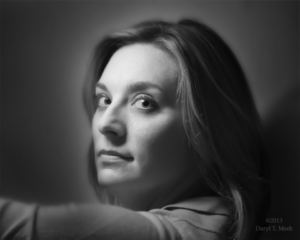 Gianna was one of those people from my school days that would pop into my head from time to time. I’d see an old picture or something and like we all do from time to time, I’d wonder where certain people ended up. Having been in school together for most of our lives, she would pop up in many photos from my youth. In 2009, I saw her name in the “People you might know” list on Facebook, so of course sent a friend request. I wouldn’t say we really “reconnected,” but it was good to see she was doing well.

I was in a jam – I needed someone for a quick head shot for a Valentine’s Day promotion I was running. I had someone lined up, but she bailed at the last minute…and I needed the shot that day. I was beating my head against the wall, then I remembered from stories in my Facebook news feed that Gianna had just moved back to NJ. Guessing that she probably had a little free time on her hands, I sent a message, asking if she’d be willing to pose. Being the gracious and helpful person that she has always been, she agreed to come to my rescue. The first part of the equation was solved. But with time being of the essence, I couldn’t travel all the way to her. I also didn’t think it would be fair to ask Gianna to come all the way to me, since she was already doing enough, just by agreeing to pose.

It was too cold to work outside, especially for a shot of this nature. I needed a small space, for maybe 20 minutes, somewhere in between our home bases. So I reached out to my good friend Dena, who owns Escape Salon in Chester, NJ?to ask if I could borrow the back of her shop for a few minutes. She immediately agreed and we were all set.

As usual, it was great to spend time with a friend from the past. It was the first time Gianna and I had seen each other in almost 20 years. And while a lot of time had passed, the conversation and laughter came easily, as if no time had passed at all.

You know, it’s funny. People change as they get older. That’s a given. But the core values, the basis of someone’s personality…the beliefs that make them who they are…they really do seem to stay intact. If they haven’t, there’s usually a great story that goes along with such a major change. But with each of these people I have reconnected with, I find that at the absolute center, they’re the same person I enjoyed being around all those years ago. So far, it’s been an eye-opening experience…one that has very much changed my outlook on my youth. I’m still in the early stages of this project, yet each week has taught me something new.