You are here: Home / 52 Portraits / Engagement Photography with Chris and Loren 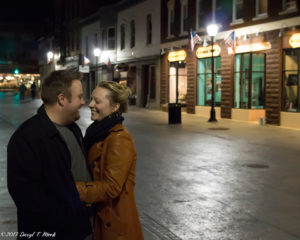 Sometimes, things don’t go as planned. You wonder why. You find yourself questioning why things happened the way they did. In this case, an engagement photography session almost didn’t happen, because the events of the day had taken a lot out of this couple.

But sometimes, you have that moment. That exact time when everything becomes perfectly clear and you realize that EVERYTHING happens for a reason.

Such was the case with this unplanned engagement photography session with Chris and Loren. But it isn’t just about the session – it’s about how a day unfolded that would change their lives.

Engagement Photography – How an Unplanned Session Came to Be

Not too long ago, I got a very vague message from Chris, saying he had some questions about the area where I live and asking if I could give him a ring. Knowing Chris lives in Colorado, I could think of only one reason ?he would send that message. My inkling was right – Chris and Loren were looking at an opportunity that would require them to move east. Nothing was set in stone, but they had questions. A LOT of questions, because neither of them knew anything about the area and they don’t know many people here.

Turns out, the opportunity was in an area pretty close to where I live and in a town I am fairly familiar with. We were able to talk about convenience of travel, potential neighborhoods to look for a place to live, restaurants, all of the things you really want to know about an area you’ve never even visited before. All of these things are important when you’re considering a move like this. And while everything else was still very much up in the air, at least they had an idea of what they had to look forward to, if things worked out.

During the course of our conversations, I mentioned to Chris that we should set up a time for some engagement photography. They’re getting married at the end of the month and I hadn’t seen any professional engagement shots. We agreed it could be fun and planned to do it while they were here. 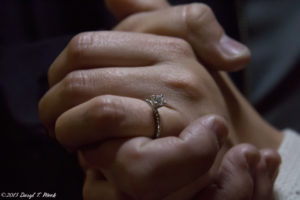 Later on Friday, I got a call and then a text from Chris apologizing, saying they needed to cancel our engagement photography session. Apparently things went well and Chris and Loren needed to spend their time house hunting. I couldn’t blame them – they didn’t have much time to look and that needed to be their priority. Unfortunately, the hunt did not go well. A local Realtor took them to one of the most expensive towns in the area and left them feeling like no matter how good this opportunity was, they wouldn’t be able to afford to live here. I sent Chris a text and said “Call me when you’re done so I can talk you off the ledge. Talk to someone who knows the area, knows the market and ISN’T seeing commission dollar signs flashing on your forehead.”

Next thing I know, Chris sends me a text saying “We’re in Somerville.” I was laughing a little bit because on a whim, Chris and Loren had decided that they wanted to check out Hillsborough, since I had said so many positive things about the area and someone he’d met at the company here in NJ also lives in town. Somehow, along the way, they decided to check out Somerville, too. Unfortunately, I’d just sat down to dinner with my girls, but I gave Chris and Loren information for a few places to check out while they were here. A little while later, I told them that should grab dinner somewhere on Main Street. They decided on Mannion’s Irish Pub and as soon as I could get out of here, I met them for a beer.

We sat for a while, discussing the realities of moving to NJ. It’s expensive to live here, compared to most areas of the country. But believe it or not, there are other things here that offset some of that. For example: We don’t pay taxes on necessities. Clothing, food at the supermarket, those things are not taxed. It is also less expensive to register a vehicle in NJ. Little things like this add up over the course of a year. You are also paying for the convenience of being so close to New York City.

Engagement Photography – Getting the Shots

Anyway, after Chris and Loren both told me how much they loved the downtown Somerville?area, I suggested we take a walk, get to see some of it. As we walked, I asked if they’d let me get some shots of them on Division Street. I always bring a camera with me when I’m going to be in Somerville, because it’s such a cool little area. If nothing else, I wanted to have a few shots of their trip to NJ. I had only brought basic gear, because I wasn’t planning on having Chris and Loren step in front of the camera after the kind of day they’d had. My Canon EOS T4i, the street lights and my homemade alternative to the ICE Light?would have to suffice (blog about my ICE Light?alternative, coming soon).

As we were wrapping up, a family came up Division, walking their dog. Animal lover that she is, Loren asked if she could say hello to the pup. The family stopped and chatted for a bit. Loren and Chris were able to talk to them and get more information about the area from a someone that lives there. At one point, I turned to Loren and said “Do you realize that if we’d done the shoot this afternoon…if you hadn’t had the rough day, we wouldn’t be here right now?”

Everything happens for a reason. Things worked out the way I’m sure they were meant to. And to top it off, even though they didn’t find a place while they were here, I was able to help them find a great place.

Right there in Somerville.

Congratulations, Chris and Loren…and we can’t wait for you guys to get up here!