I don’t know about you, but my family really gets into Halloween. I mean we really?get into it. My wife and I have been like this for as long as I can remember, but now we’re witnessing the monster we’ve created in our daughter. Seriously, this kid gets almost as excited about Halloween as she does Christmas. Which brings us to the background of Bones the Skeleton Cat.

Each year, she finds some sort of Halloween prop that?she wants, which will add her own special touch to our decorations. Sometimes it’s something big, sometimes something small, but it’s almost always something cool. I mean, we’ve ended up with a 6′ spider, tombstones, zombie heads and hands, skeleton heads and hands, skulls, you name it.

Last year, she really wanted to get a skeleton cat. We held off for a bit…and then discovered we had waited too long. By the time we went to pick up our own skeleton cat, the local stores had sold out.

So this year, when we saw one on the shelf, we grabbed it. It isn’t animated and it doesn’t make noise. She didn’t really want that. It’s just a simple skeleton cat and she decided to name it “Bones.” While this seems like an?obvious name, her?reasoning behind it isn’t. She went with irony – dogs hate cats, but love bones. So a skeleton cat would be like a little slice of heaven for our canine companions.

Anyway, this morning was foggy – it felt like a scene out of Sleepy Hollow. If it was dark out, it would have been the perfect setting for a horror flick. When my daughter came downstairs with Bones in tow (he slept in her room last night) I immediately grabbed the camera and headed outside. This skeleton cat had a date with a Canon. 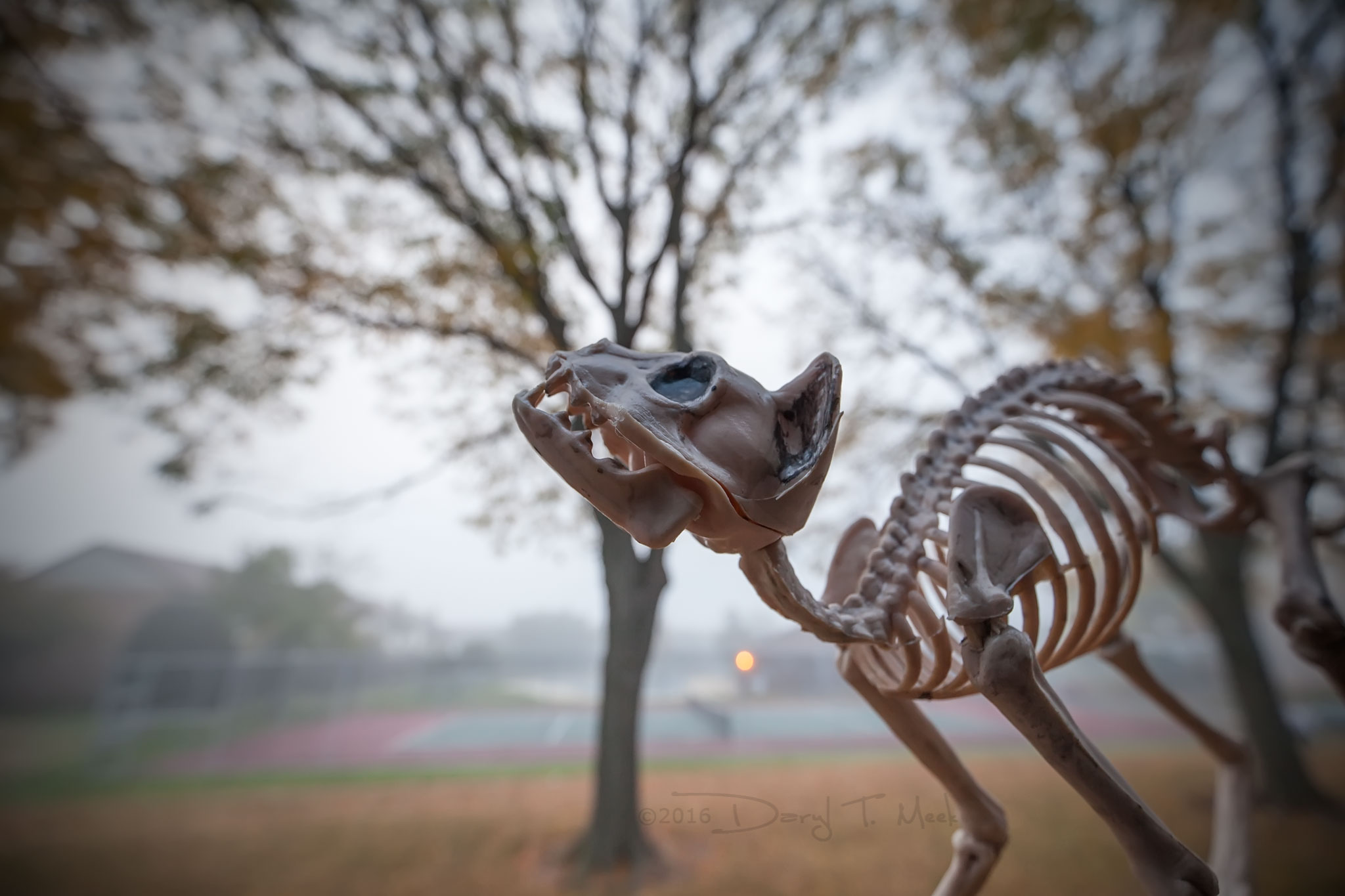